The recently launched Lagim Expansion Decks was once again featured in CNN Philippines Life. Right now, there are four separate decks available in the expansion bundle: the Lakas Pack contains new heroes like the half-giant Sidaya and the pansexual shaman Asog; the Hiwaga + Kontra Pack contains powerful gear that beefs up the attributes of the monsters or the heroes, the Dwarfs Pack which of course has our dwendes, with several colors and varieties of friendliness , and the Giants Pack, which has the powerful giants, including the bakunawa (dragon) and the bull-headed sarangay. 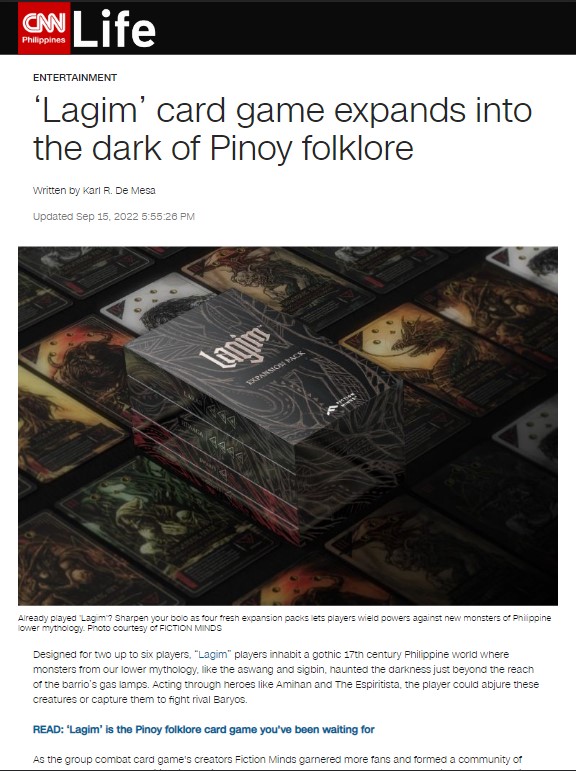 What’s greatis that the gameplay is much richer this time around. One of the minor complaints I had when I first playtested the main game a year ago was that there weren’t many Lakas cards available. So much so that I would often draw a whole hand of Kontra cards — a whole spread of magical gear but with nobody to wield them. But with the expansion packs, the gameplay was much more balanced. Everyone had a fighting chance. Everyone got gear and people to wield them. 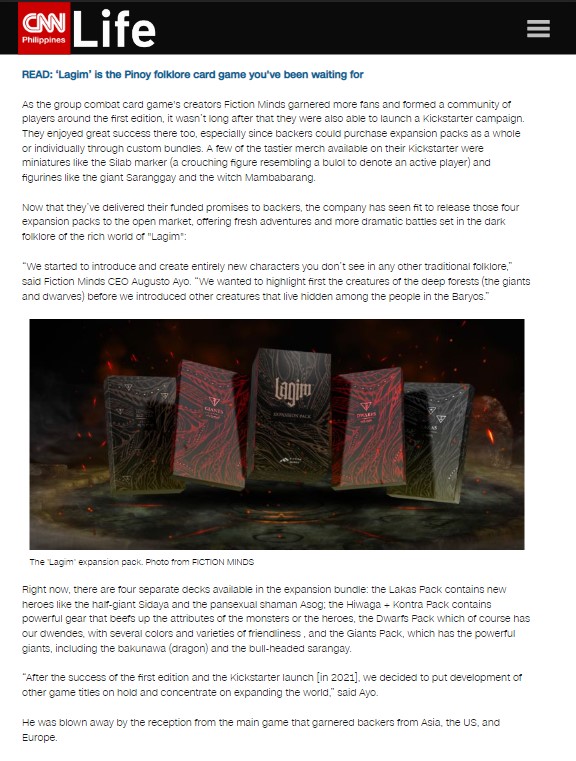 The Lagim Expansion Decks is currently available in the Philippines and and soon for international delivery.